Who was Edmund Burke 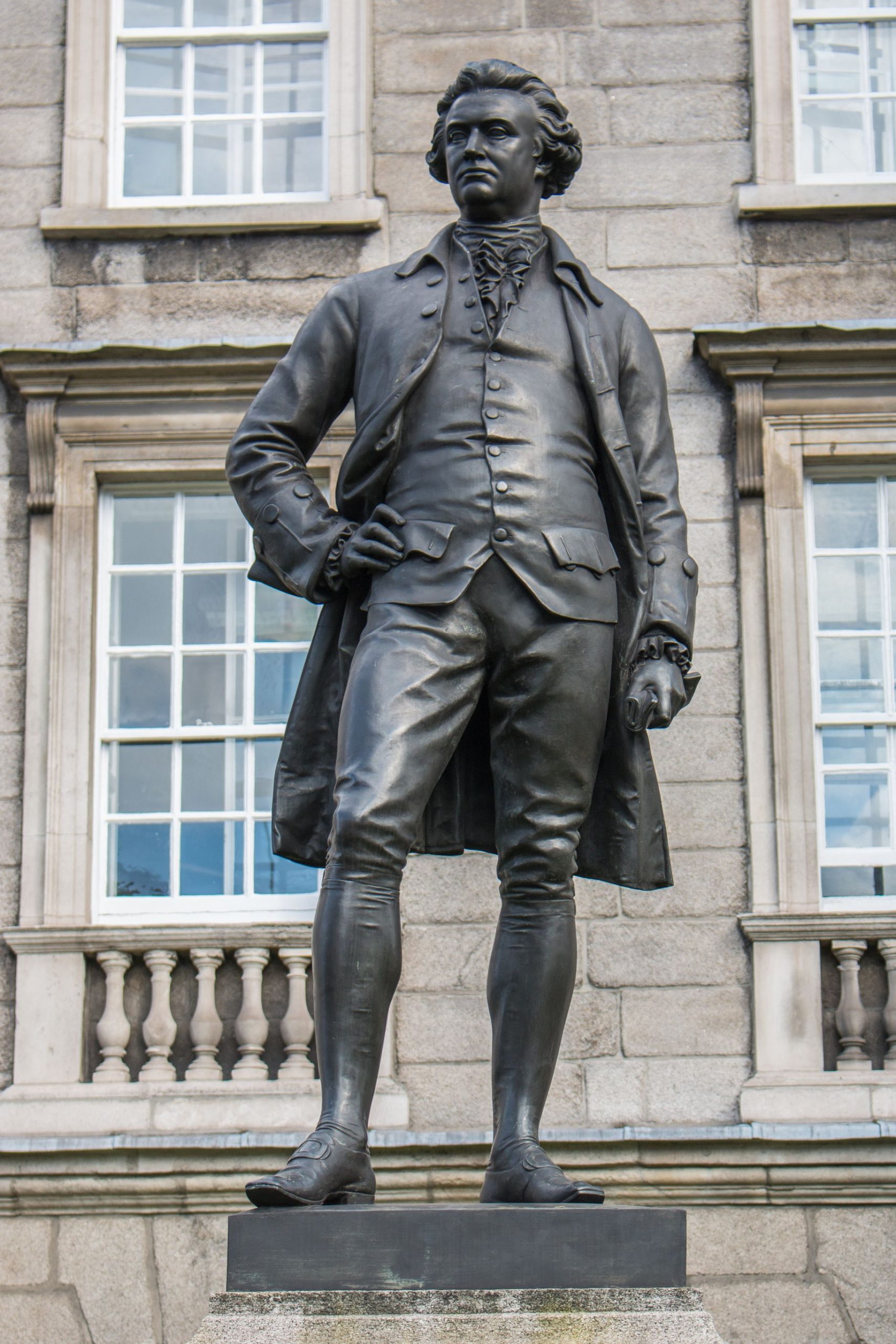 “Men are qualified for civil liberty in exact proportion to their disposition to put moral chains upon their own appetites…Society cannot exist, unless a controlling power upon will and appetite be placed somewhere; and the less of it there is within, the more there must be without. It is ordained in the eternal constitution of things, that men of intemperate minds cannot be free. Their passions forge their fetters.”

It was Hayek who, when told that what would become the EBI was starting in Ireland, suggested that there was only one man in Irish history that such an institution could be named after – Edmund Burke. This should not be a surprise as it was Hayek who had written in the bibliography to his classic “The Road to Serfdom” (1944):

“Perhaps the best guides through some of our contemporary problems will still be found in some of the works of the great great political philosophers of the liberal age, a de Tocqqueville or Lord Acton and to go even further back, Benjamin Constant, Edmund Burke, and the Federalist papers of Madison, Hamilton, and Jay, generations to whom liberty was still a problem and a value to be defended, where ours has at the same time takes it for granted, and neither realises whence the danger threatens nor has the courage to emancipate itself from the doctrines which endanger it.”

In making his suggestion Hayek was obviously keen for Burke’s ideas to be commemorated; but obviously too he was conscious that Edmund Burke was an Irishman who had been born in Dublin in 1729 into a family of modest means and religious sympathies. Burke’s father was a Protestant solicitor, and his mother was a Roman Catholic from Cork. After leaving Trinity College in 1748 Burke went to London to follow what became an increasingly successful literary career.

On March 12th, 1757 he married Jane Nugent, a Catholic, who bore him his only son to survive infancy (Richard Burke 1758-1794). Burke’s personal life was happy, and he enjoyed a lively circle of distinguished friends which included Samuel Johnson, the Tory lexicographer, David Garrick the actor, Oliver Goldsmith the Irish author, Sir Joshua Reynolds the painter, and Edward Gibbon the historian of Ancient Rome.

In 1765 he became private secretary to the Lord Rockingham, then the Prime Minister, and in the same year he entered the Parliament in Westminster in which he was to serve off and on for thirty years. Whilst there his oratory attracted attention and was the source of much of his influence, although it is fair to say that he was a greater writer than a practical statesman.

Although Burke was not personally devout, religion lay at the root of his political thought. “We are” he said “all born in subjection…to one great, immutable, pre-existent Law, prior to all our devices, and prior to all our contrivances, paramount to all our ideas, and all our sensations, antecedent to our very existence, by which we are and connected in the Eternal frame of the Universe, out of which we cannot stir..” This divine Law was in Burke’s view, the source of all true growth and all real political development.

Before the French Revolution ideas played a relatively small part in day to day eighteenth century British politics. But Burke was stimulated to reflection by events in America and France. While he never developed a systematic political philosophy, he worked towards an understanding of not just the British constitution, but also of the very nature of constitutions, and of the way in which change in a liberal society should proceed. His general approach can be summarised by his famous phrase “Society is a contract between the past, the present and those yet unborn.” “A spirit of innovation” he wrote in reference to the French Revolution “is generally the result of a selfish temper, and confined views. People will not look forward to posterity, who never look backwards to their ancestors.”

Burke’s focus was always on organic growth, rather than change driven by dogmatic assumptions. He believed that existing time-tested institutions should be altered only gradually. Let us, he said, revere the bonds which transmit life, and bind together past, present, and future together in a living whole. For Burke individuals do not alone form society. Men and women are formed by society. Human experience is bound up and deeply interwoven with associations which transcend the individual. Society is then a complicated, and perhaps even somewhat mysterious association of people who are loyal to each other and to the community, usually the nation, of which they are a part.

For Burke each individual society was discrete. Its conditions, its development, and its traditions were different from one another. There was no template into which all societies should be forced. There was no uniformitarian principle of government that would apply to all countries and in all times, which could be discovered by reason alone. Burke was always doubtful about the value of abstractions. For him experience and history were more reliable guides. When change was necessary, as it sometimes was, Burke believed that it should be gradual and in accordance with the traditions of the country concerned. Charles Haughey was often sneered at for saying that a certain proposal was an “Irish solution to an Irish problem.” Burke would in this instance have sided with Haughey against his critics and asked them what was wrong with such a solution, provided that is, that it was really a solution.

The EBI, as an educational charity, sees outreach and education, to politicians, journalists, and talented young leaders, as central to our mission.